Nicotine vs Caffeine: What’s the Difference?

Nicotine gets a bad wrap. Because it’s believed to be the addictive ingredient in tobacco cigarettes, and everyone knows that smoking kills millions every year, many people assume that nicotine is a dangerous substance.In extremely high doses, nicotine is indeed poisonous; however, in moderation, nicotine may be as benign as a cup of coffee. But where does it sit when comparing nicotine vs caffeine? 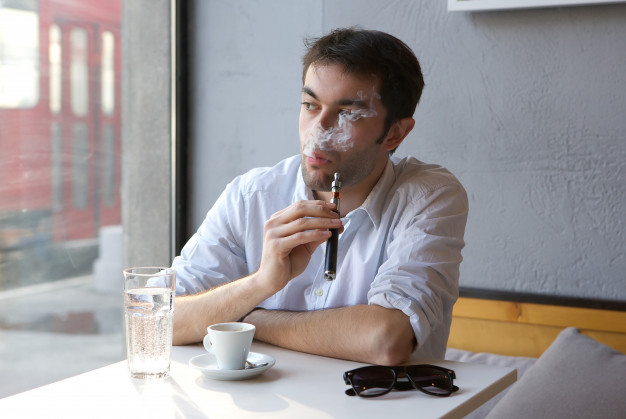 The Differences and Similarities

Nicotine has more in common with caffeine than the other chemicals found in tobacco cigarettes. For example, nicotine and caffeine are both alkaloids derived from plants that naturally stimulate dopamine production in the brain. Both chemicals are stimulants that act on the central nervous system, and they have positive effects when taken in small doses. The biggest difference between them is how they are consumed.

No one disputes that nicotine and caffeine are addictive. People who regularly use either substance will experience withdrawal symptoms such as headaches and fatigue if they suddenly quit cold turkey. That said, nicotine may not be as addictive as once believed.

More than half of Americans consume caffeine every day for a short term mood and attention boost. Others use it as an appetite suppressant, while some brave individuals consume caffeine rectally via coffee enemas to improve gut health.

Interestingly, caffeine and nicotine share a peculiar therapeutic benefit: Both substances have demonstrated potential for slowing the progression of Alzheimer’s disease. Pure nicotine, which can be extracted from tobacco leaves or synthetically produced, can also reduce anxiety and lower blood pressure. Aside from Alzheimer’s, nicotine could soon be used to treat neurological conditions like Parkinson’s disease, ADHD and even Schizophrenia.

It should be noted that ingesting large quantities of caffeine or nicotine in their pure forms can be dangerous, which is why vapers should keep their e-liquids away from children and pets. Young people may be more prone to nicotine and caffeine addiction since their brains are still developing, so minors shouldn’t have access to either substance.

Some former smokers have taken up vaping as a substitute for tobacco use. E-cigarettes work by vaporizing a water-based liquid to closely mimic the act of smoking. Not all e-liquids contain nicotine, but most ex-smokers find that slowly weaning themselves off of nicotine makes the transition easier. For others, the physical act of vaping is enough to curb their tobacco cravings, so they prefer nicotine-free e-liquids.

Studies suggest that nicotine is not the sole or primary cause of smoking addiction. Although nicotine is addictive by itself, the other chemicals in tobacco cigarettes also play a role by increasing the efficiency of nicotine delivery. E-cigs, on the other hand, give vapers smaller and more consistent doses of nicotine. 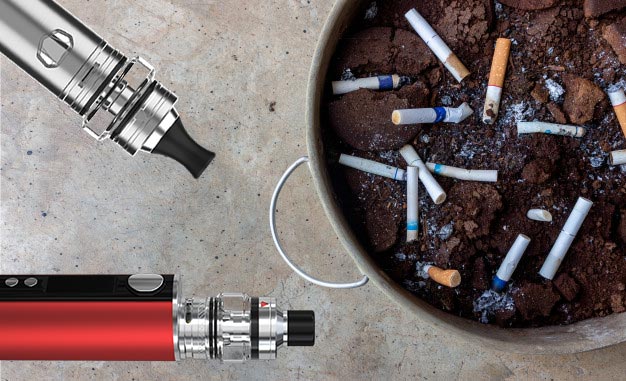 Considering that vaping is 95 percent safer than smoking, medical professionals around the world are encouraging tobacco users to give e-cigs a try. Shirley Cramer, chief executive of the Royal Society for Public Health in the U.K., has called for a law requiring stores that sell tobacco to also carry vapor products. The RSPH also advocates calling e-cigs “vaporizers” or “nicotine sticks” to further distinguish them from tobacco products.

Vaping is in no way beneficial to your health, but it’s certainly safer than smoking, which is the world’s biggest preventable killer according to the World Health Organization. Unfortunately, anti-smoking campaigns and public health advertisements often conflate nicotine with tobacco use, which has led to the erroneous assumption that e-cigs are just as dangerous as traditional cigarettes.

Psychiatrist Mike Russell said it best four decades ago: “Smoke for the nicotine, but die from the tar.” Today, scientists are questioning whether or not nicotine addiction by itself is necessarily a bad thing. Many ex-smokers continue using nicotine patches and gums after beating their tobacco habit with no major health problems. Although more research is needed regarding the long term impact of vaping on the throat and lungs, we know for sure that nicotine isn’t the culprit behind smoking related illnesses.