Spain's Vapers Protest For Their Rights 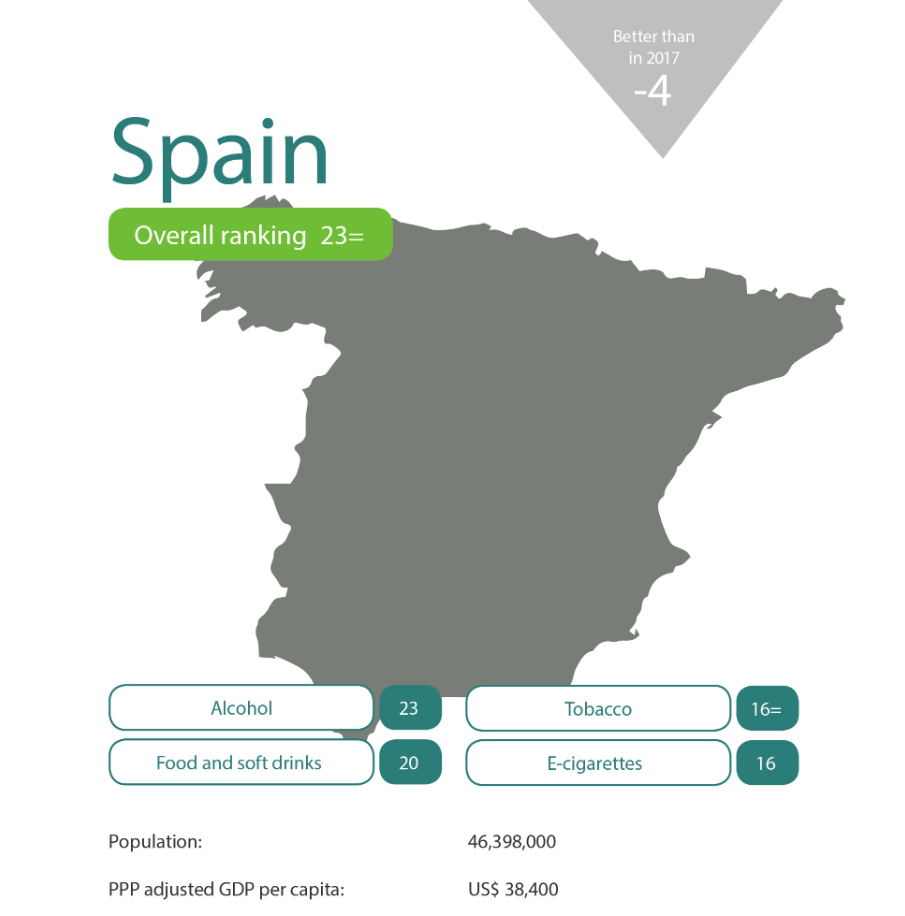 Low alcohol taxes and relaxed licensing laws make Spain one of the best places in Europe to be a drinker. It has the EU’s third lowest beer duty, the fifth lowest spirits duty and, as in most southern European countries, there is no duty on wine. Some local councils have banned happy hours and/or bulk buys but there are no national prohibitions on either.

Life is not so good for consumers of nicotine. Traditionally a smoker-friendly country, Spain has had a workplace smoking ban since 2005 and a total ban on smoking in bars and restaurants since 2011. Smoking is banned in a few outdoor areas as well, including schools, hospitals and playgrounds. In April 2016, the Basque Country Parliament banned smoking and drinking in sports stadia. Tobacco taxes are about average for an EU country.

More than most countries, Spain has seen a campaign of scaremongering about e-cigarettes that has held tobacco harm reduction back. The e-cigarette market crashed in 2014 after false reports about the health risks of vaping made headlines.[1] According to the Spanish National Vaping Association, this led to a 70 per cent decline in e-cigarette sales. The market has since rallied and stabilised, but it seems likely that the campaign against vaping has been partly responsible for smoking rates rising in recent years. More Spanish smoke today than they did in 2005.[2]

Vaping is banned in various state-owned places, such as in schools and on public transport, but is left to the owner’s discretion in private workplaces, bars and restaurants. Cross-border sales are also banned but there is no excise tax on vape fluid.

The US Ban Flavors

“Manufacturers of fruit and candy-flavoured e-cigarettes are intentionally and recklessly targeting young people, and today we’re taking action to put an end to it,” he said on Sunday.

“These are obviously targeted to young people and highly effective at targeting young people.”

The emergency regulations, issued by New York’s public health and health planning council, are likely to go into effect immediately.

More than 450 cases of lung illness potentially linked to flavoured e-cigarettes have been reported in the US, according to the Centres of Disease Control and Prevention.

At least six confirmed deaths have been caused by the illnesses.

Researchers are still trying to understand what causes patients to contract the illness. Other than vaping in general, a further common link is yet to be found.

“Something is very wrong,” she said, according to The New York Times.

Officials have warned the public to avoid inhaling vitamin E acetate, an ingredient found in some vaping products.

A federal investigation into vaping-related lung illnesses is ongoing and has not identified the cause of the outbreak – though a number of patients have reported using e-cigarettes with cannabis-related products, such as THC.

Spain Vapers Are Not Happy

On September 17th 2019, Spain’s vapoters decide to fight the bad press the medias are diffusing about vapoting in their country. Many professionnals and shop owners go into manifestation in Madrid.

For them it’s a way to defend their rights. For now the Spain governement hasn’t taken any actions yet, but the bad press has already tainted the vaping industry in Spain. Still vapoters are still using E-Cigarettes but new comers are relectant to jump in.